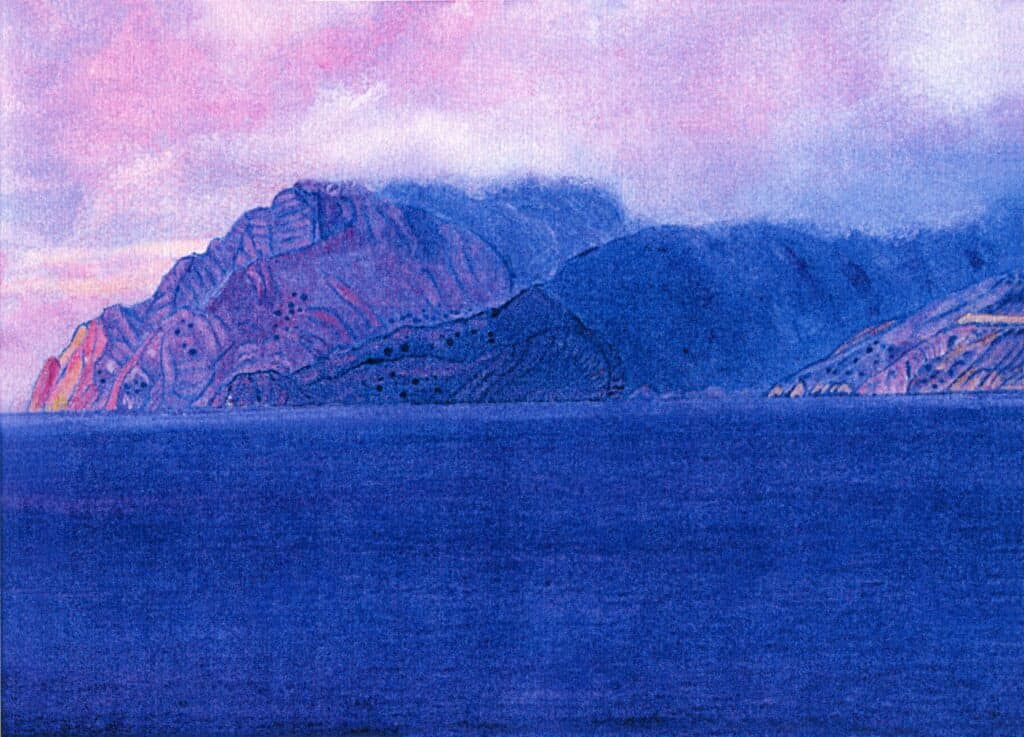 In advance of the 200th anniversary of the Greek War of Independence—which began in 1821—QC’s Hellenic American Project (HAP) has mounted the virtual exhibition Ode to the Greek Light and Landscape: Works by Dimitris Diamantopoulos. The show juxtaposes 21 paintings that Diamantopoulos created over a 30-year span, beginning in 1990, with poems and other texts inspired by the natural elements he depicts. His use of water-based acrylic, egg tempera, the lazure technique, and lithography enable him to capture the natural landscape and phos (light) of the Northern Peloponnese region with great sensitivity.

HAP Founder and Director Nicholas Alexiou (Sociology) and art historian Tiffany Apostolou co-curated Ode to the Greek Light and Landscape, which was posted to the HAP website in October. This exhibition is the second virtual show HAP has offered this year in response to restrictions on public gatherings during the pandemic.

The opening reception for Ode to the Greek Light and Landscape, featuring a conversation with Diamantopoulos, will be held on Thursday, December 17, 2020, at 6 pm via Zoom. Register here to attend.