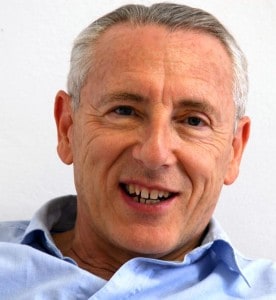 Until his retirement in August 2020, Emeritus Distinguished Professor of Sociology at Queens College CUNY, Samuel Heilman held the Harold Proshansky Chair in Jewish Studies at the Graduate Center.  He is author of 15 books some of which have been translated into Spanish and Hebrew, and is the winner of three National Jewish Book Awards, and was awarded the Marshall Sklare Lifetime Achievement Award from the Association for the Social Scientific Study of Jewry, as well as four Distinguished Faculty Awards at the City University of New York.He has been a Fulbright  Fellow and Senior Specialist  in Australia, China, and Poland, and lectured in many universities throughout the United  States  and the world.  He was Scheinbrun Visiting Professor of Sociology at the Hebrew University in Jerusalem, visiting professor of social anthropology at Tel Aviv University, and has been a fellow three times at the Institute of Advanced Study in Jerusalem. He was also Drobny Visiting Professor at the University of Illinois at Chicago and Visiting Professor at Connecticut College, Nanjing University of China.  He was for many years Editor of Contemporary Jewry and is a frequent columnist at Ha’Aretz and was one at the New York Jewish Week.  Since his retirement, he and his family have resided in Jerusalem.

He is currently working on a new book detailing the changes in the Orthodox Jewish world wrought by the pandemic and the penetration of the Internet.